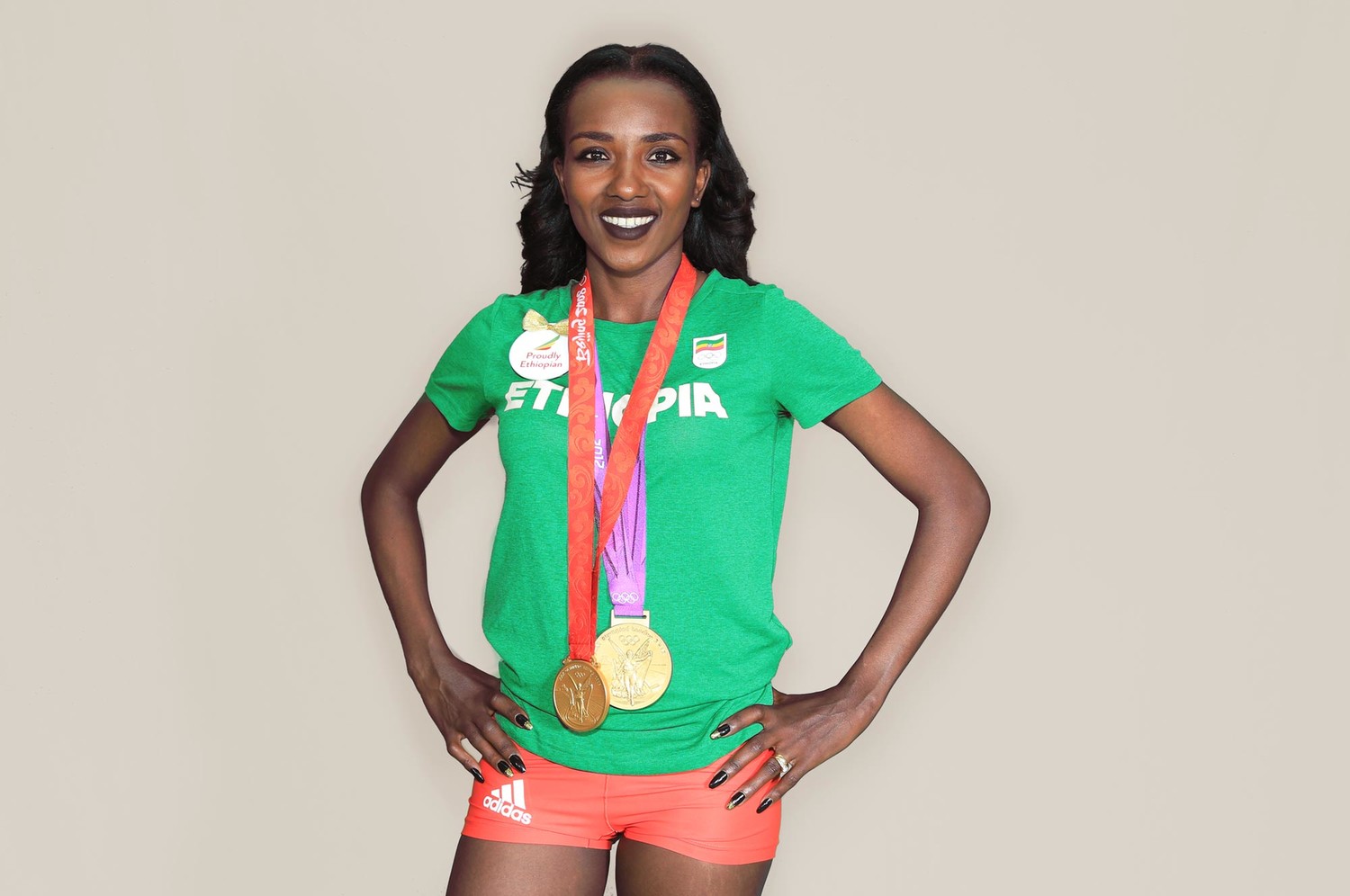 Ethiopian track athlete Tirunesh Dibaba is the youngest female world champion in the history of athletics and the first woman to win gold in both the 5,000m/10,000m races at Olympic Games.

She was born in 1985 in the village of Bekoji, located in the high plains of Ethiopia, which is home to a number of long-distance champions. She once explained: “I grew up running with pails of water that I went to fetch from the river after school every day, to help my mother.”

While her skills and endurance can therefore be partly attributed to necessity, she was also inspired by her family who experienced great success on the track. Her older sister for example won the silver medal in the 10,000m at the 2004 Summer Olympics, and her cousin, Derartu Tulu, was the 1992 and 2000 Olympic 10,000m champion.

Nicknamed the “Baby-Faced Destroyer”, she started competing in athletics at the age of 14 and participated in her first major international competition four years later at the 2003 World Athletics Championships in Paris, turning her into the youngest female individual World champion ever.

She competed in her first Olympics in Athens in 2004, where she earned the bronze medal, and became the youngest medalist for Ethiopia.

By winning the gold medal title in the 10,000 metres at the 2008 Beijing and 2012 London Olympics, she became the first woman to win the event at two consecutive Olympics.

Not only does she train and compete, but she also sets an example for women across Africa. She once said: “I believe that women are not given a lot of chances in Africa, and I want to prove that women can achieve big things if they are committed and given the chance to do so. That’s the impact I hope to make on Africa.” And there is no doubt she is aiming for such a change.