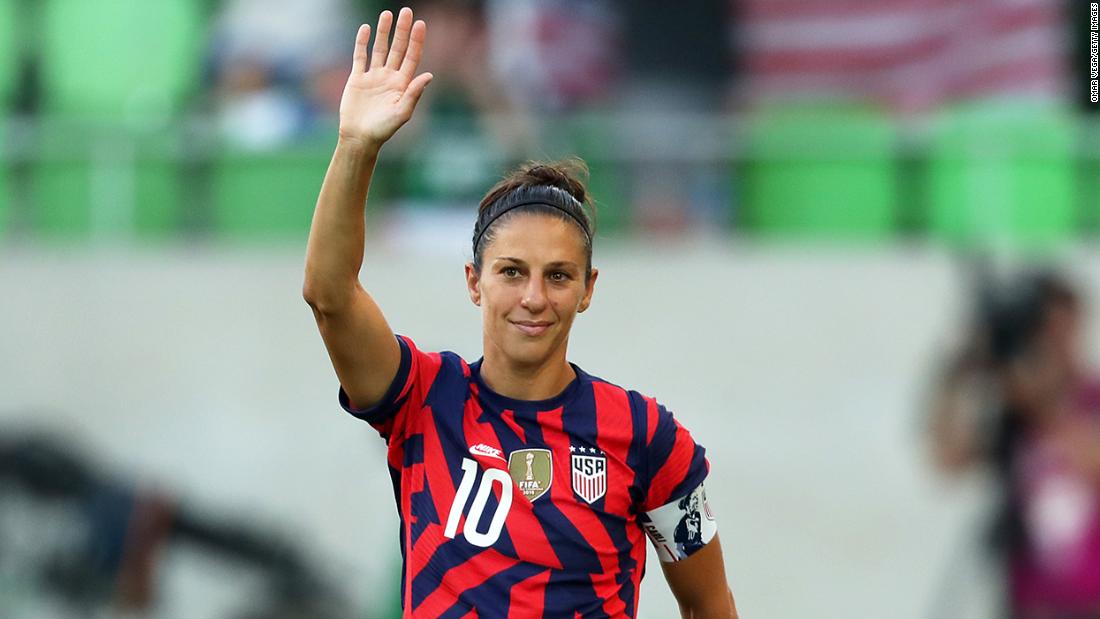 American soccer player Carli Lloyd is one of the greatest and most decorated players in the history of women’s soccer in the United States and worldwide. After an incredible career, she announced her retirement earlier this year.

Her passion dates back to the young age of five, when she started kicking a soccer ball and fought against her parents’ wish to see her embrace a career in dance. Over the years, she quickly developed her capability for midfield playmaking.

Her first appearance for the United States women's national soccer team was in 2005, against Ukraine. She later scored her first international goal in 2006 during a match with Taiwan.

“When I first started out with the National Team in 2005, my two main goals were to be the most complete soccer player I could be and to help the team win championships,” Lloyd once said. “Every single day I stepped out onto the field, I played as if it was my last game. I never wanted to take anything for granted, especially knowing how hard it is to get to the top, but even harder to stay at the top for so long.”

She’s perhaps best known for her unforgettable performance in the 2015 World Cup Final, where she scored three goals in the opening 16 minutes and led her country to a 5-2 victory over Japan.

In any case, by retiring this fall, Lloyd will end a historic and highly decorated 16-year international career that includes two World Cup championships, two Olympic gold medals, and a bronze medal at the 2020 Tokyo Olympic Games.