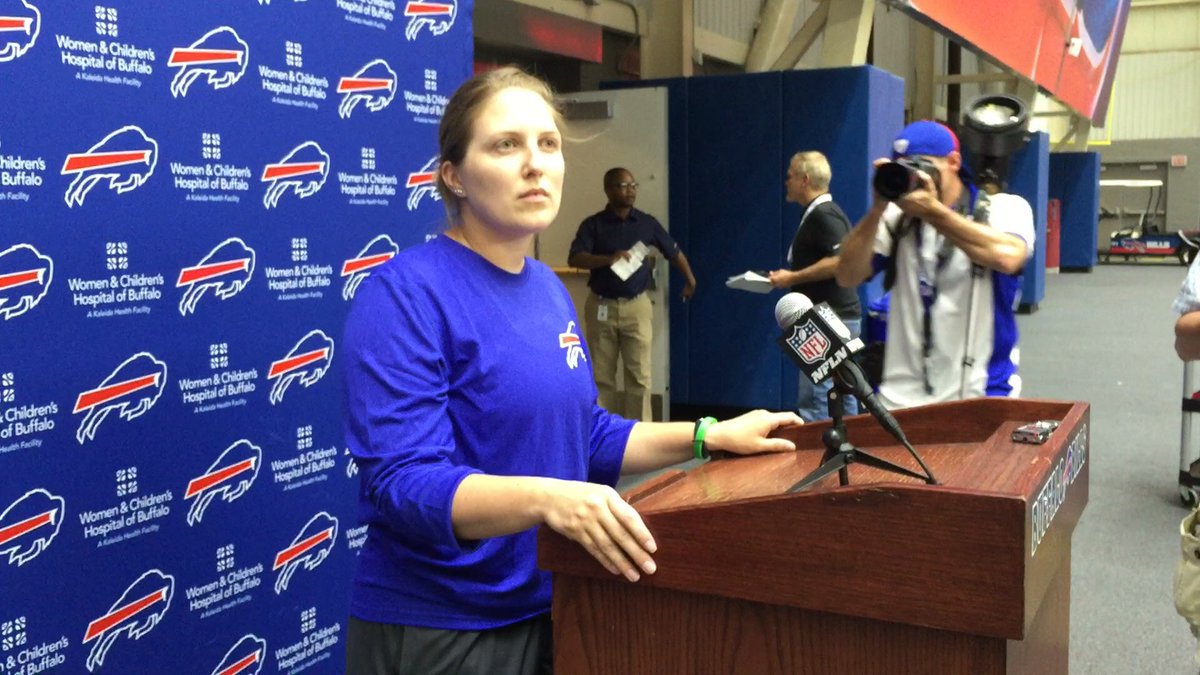 When Kathryn Smith was hired as Buffalo Bills quality control-special teams coach, she became the first woman to hold a full-time coaching position in the NFL. By breaking through in a male-dominated league, she without a doubt became a role model and inspiration for many.

Growing up in DeWitt, New York, a suburb of Syracuse, she was involved in sports from a young age and knew she wanted to make it a career. In her early days, she built a reputation as a three-sport athlete in swimming, lacrosse, and bowling.

She attended St. John’s University in New York City, where she graduated in 2007 with a degree in sports management and a minor in business. During her time there, she served as manager of the men’s basketball team.

Smith’s first experience with an NFL team came in 2003, as an intern with the New York Jets. Two years later she transitioned into college scouting, and then moved to a full-time player personnel assistant position in 2007.

She spent 12 seasons working for the team, and in 2014 was appointed as head coach Rex Ryan’s assistant. The following year, when Ryan was hired by the Buffalo Bills, she joined the team in the same capacity before serving as special teams quality control coach during the 2016-2017 season.

Although she was not retained by the new coach replacing Ryan heading into the following season, she had added to the limited number of female trailblazers involved in key roles in men's sports leagues and broke a gender barrier in North America’s most popular sport.

“My advice for women is the same as my advice for everybody: work hard, take every opportunity that comes. My hope for women in football is that we continue on this trajectory. As I mentioned, there are a lot of women in the NFL, and in professional sports across a lot of leagues. I hope it becomes less a story about being a woman and more of a story about doing a great job, about being elevated,” Smith said.