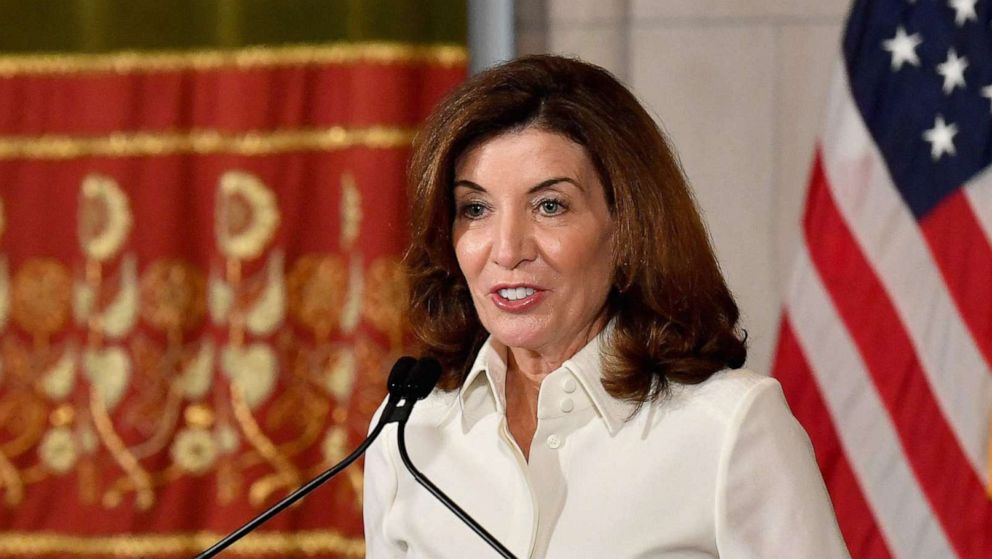 Kathy Hochul became the 57th Governor of New York earlier this year, and in doing so made history as the state’s first female governor. By setting this milestone and being a strong advocate for women’s rights, she will undoubtedly inspire and give hope to many.

Born in 1958 to a blue-collar Irish Catholic family in Buffalo, a passion for public service and activism was instilled in her from a young age.

She earned an undergraduate degree in political science from Syracuse University in 1980, and a law degree three years later from Catholic University of America in Washington, DC.

Hochul began her legal career working at a large private practice firm in Washington, D.C. and later served as legal counsel and legislative assistant to a pair of prominent New York Democrats.

In 1991, she returned to western New York to become a lobbyist for small business groups in the region. A few years later, she won her first elected position on the Hamburg Town Board, where she would serve for more than a decade.

In 2003, she joined the Erie County Clerk’s staff as deputy and was appointed to succeed as county clerk four years later.

Before being sworn in as Governor of New York State, she served from 2011 to 2013 as the U.S. Representative from New York's 26th Congressional District, and then from 2015 to 2021 as Lieutenant Governor, thus becoming the first Democratic woman to be re-elected to a second term as Lieutenant Governor.

Hochul has high hopes for professional women—she wants them to dream as big as she did. She has been, from the start, a fervent advocate for women’s rights. For instance, she founded the Kathleen Mary House with her mother and aunt in 2006 to support victims of domestic violence. She also believes in equal pay for equal work. Following that mindset, she named two women to be her top aides earlier this year.

“I want by the end of my administration, for every woman to say there are no barriers, there is no longer a ceiling,” she said.

A committed public servant with more than 30 years of experience, her biggest challenges will be to steer the state out of the pandemic and transform Albany’s political culture after the hostile climate that swirled around her predecessor.