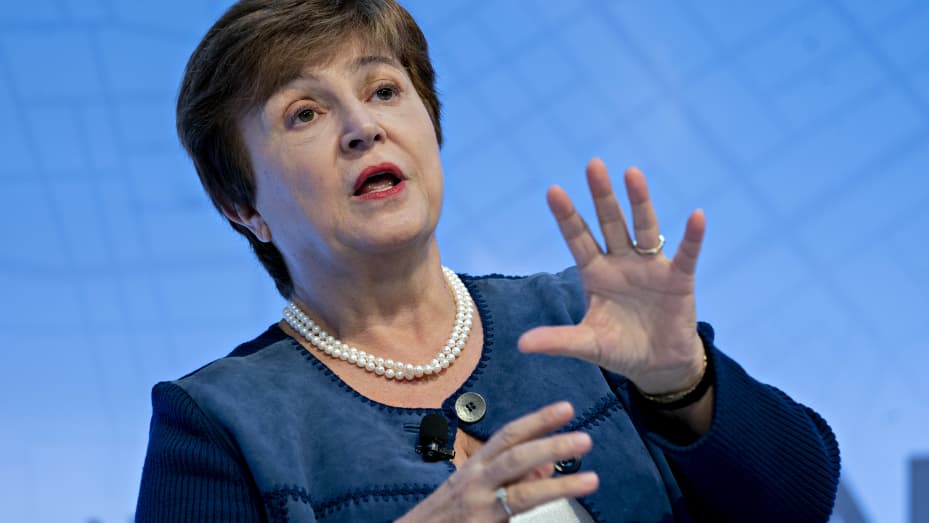 Bulgarian economist Kristalina Georgieva is a leader whose CV and humanitarian contributions would humble many. Since 2019, Georgieva has been the Managing Director and serving Chair of the International Monetary Fund—but she is a woman not limited to her titles in the work she does within her field and beyond.

Hailing from Sofia, Bulgaria, Georgieva acquired a master’s degree in political economy and sociology as well as a Ph.D. in economic sciences from the University of National and World Economy, where she wrote her thesis on “Environmental Protection Policy and Economic Growth in the USA.” Georgieva further pursued studies and research in natural resource economics and environmental policy at the London School of Economics. Following her thesis Georgieva then moved to the U.S., where she further pursued urban studies as a visiting scholar at Massachusetts Institute of Technology. This was supplemented with a Corporate Finance Certificate and participation in the World Bank Executive Development Program at Harvard Business School.

Following her extensive education and work experience as an environomics consultant at Mercer Management Consulting, Georgieva was armed to begin a formidable and influential career starting at the World Bank Group. Over 16 years, she made her mark across environmental economics divisions. Six years after being hired she was made a director of the environment department, and her leadership skills later made her an obvious choice for VP and corporate secretary. During her tenure at the World Bank Group, Georgieva spearheaded many significant reforms and innovations. Of note, she committed the bank to gender equality by setting a target that demanded women account for 50% of senior management positions at the World Bank by 2020. She achieved this by October 2020.

Georgieva was nominated to the Commission of the European Union in January 2010, which made her announce her resignation from the World Bank Group. Georgieva served the European Commission for 6 years as the European commissioner for international cooperation health aid and crisis responding, and the VP in charge of budget and human resources. During this time, Georgieva ensured significant improvements across many humanitarian initiatives, including coordinating the response to the 2010 Haiti earthquake and managing one of the world’s largest humanitarian aid budgets. Thanks to Georgieva’s presence and leadership, effective responses were executed to a large range of humanitarian crises, which elevated the EU as a global champion for resilience and disaster risk reduction. For her work, she was named “European of the Year” and “Commissioner of the Year” by European Voice.

Following the EU, Georgieva was made interim president and CEO of the World Bank Group, where she served another two years focused on efforts to end extreme poverty by 2030. Today, as the managing director of the International Monetary Fund she is, amongst many things, focused on the climate crisis and its connection to financial stability.