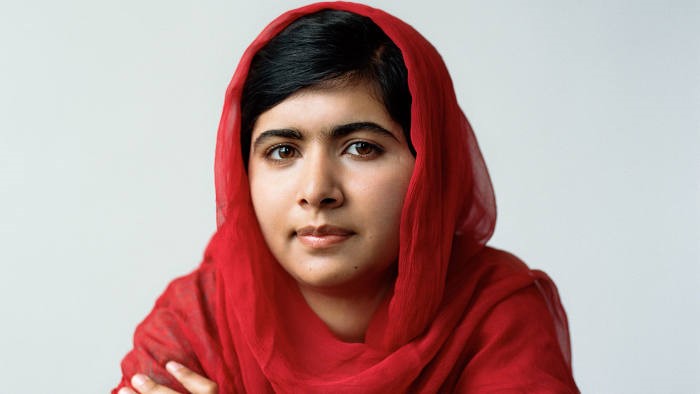 “One child, one teacher, one book, one pen can change the world. Education is the only solution.”

By the age of 15, Malala Yousafzai had achieved more than most adults might dare to in a lifetime—on a global scale. A humanitarian and activist advocating for the rights of girls to receive education in Pakistan, Yousafzai had already been presented to an international audience at the age of 12.

Yousafzai was inspired to be an activist by her father Ziaddun, a poet and educational activist who ran a chain of private schools and became her primary educator after noting that she was particularly gifted in politics. At age 11, she accompanied her father to the local press club in Peshawar to protest school closings. Her first speech, titled “How Dare the Taliban Take Away My Basic Right to Education,” garnered widespread recognition in the region and opened the door for Malala’s activism. She and her father used the momentum to petition for Pakistani girls to receive access to free, quality education. In the same year, Yousafzai was chosen to anonymously author a BBC Urdu blog detailing her experiences after the Taliban issued an edict that no girls could attend school after January 15th, 2009.

Eventually, Yousafzai’s voice garnered global attention and she was featured in two documentaries produced by New York Times. Around this time, she also was revealed as the anonymous source of the BBC blogs. As her opportunities to speak and further her cause expanded, she became a target of the Taliban. In 2012, Yousafzai was shot in the head on her school bus. The bullet travelled from the left side of her eye before lodging in her neck, leaving her seriously injured and in a coma.

The tragic event catapulted Yousafzai’s name and cause globally, earning her the status of the most powerful teenager in the world, respected by politicians, humanitarians, and celebrities alike. After recovering, Yousafzai made a speech on her 16th birthday at the UN on what is now known as ‘Malala Day’. Amongst her many awards, Yousafzai won the United Nations Human Rights Prize in 2013. She was also the co-recipient of the Nobel Peace Prize with educational activist Kailash Satyarthi and was named in Time Magazine’s list of the most influential people in 2013, appearing on 7 covers that were printed for that issue.

Yousafzai has penned multiple books, received a politics, philosophy and economics degree from Oxford University, and continues her activism to this day—including co-founding the Malala Fund with her father. She has touched countless people around the world and continues to be a remarkable woman at age 24.