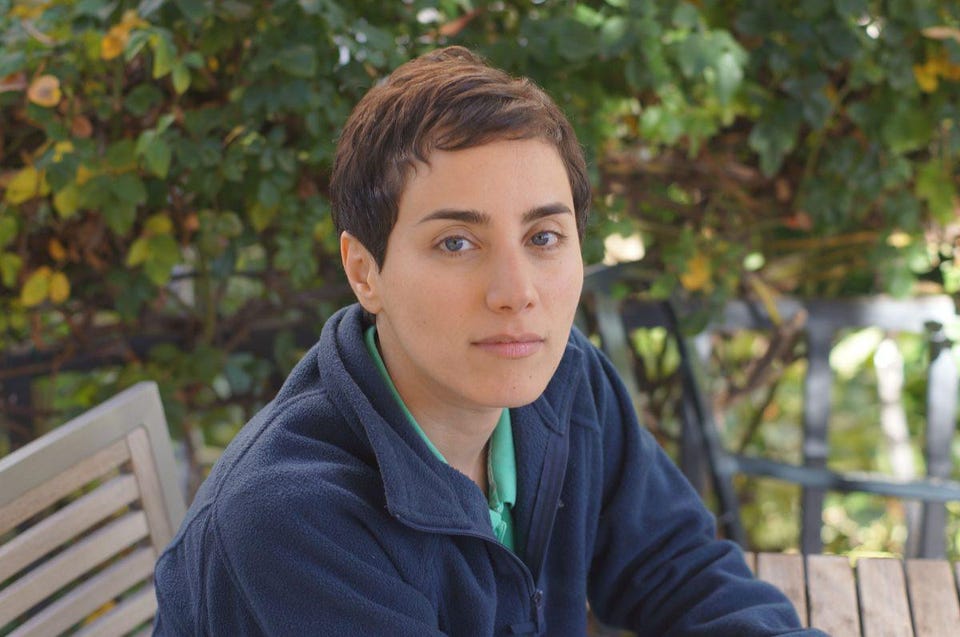 Known as a trailblazer in the field of mathematics, Mirzakhani overcame great odds to become the only woman, and only Iranian, to receive the revered Fields Medal—considered the equivalent of a Nobel Prize for mathematics. Despite succumbing to breast cancer at the age of 40 in 2017, Mirzakhani shepherded in a new age of mathematics with her unprecedented work.

Mirzakhani was born in Tehran, Iran, living through the difficult economic and social transformations following the Iran revolution in 1979 and surviving the subsequent Iran-Iraq war. She first aspired to be a writer until finding her passion for mathematics. In high school, Mirzakhani and Roya Beheshti Zavareh were the first female members of Iran’s International Math Olympiad team. Mirzakhani won two gold medals in two years, setting a record that remains unbroken. In 1998, Mirzakhani and Zavareh were the sole survivors of a tragic accident that saw the bus transporting them from a conference veer off a cliff, killing seven Sharif University students.

After obtaining her Bachelor of Science in mathematics from the Sharif University of Technology, Mirzakhani immigrated to the United States to continue her education at Harvard. With this simple act, she broke down barriers for Iranian citizens, as being female, Iranian, and an immigrant at the time of President Trump’s intended travel ban was a contentious issue. Despite this, Mirzakhani’s talent was embraced, and she defied xenophobic prejudices to achieve critical success as a mathematician for her efforts in what’s known as hyperbolic geometry. At Harvard University, she acquired her doctorate under the tutelage of fellow Fields medal recipient Curtis T. McMullen.

Her resulting dissertation is regarded as a spectacular feat, addressing two unsolvable problems with a brilliant solution. She shied away from the media to focus on her work, hoping that her achievements would inspire future students to pursue similar ambitions.

Mirzakhani’s death cemented her status as a role model for women in mathematics, and reignited the debate on approving Iranian citizenship for children of mixed Iranian lineage—which would allow her surviving daughter to visit her mother’s country.