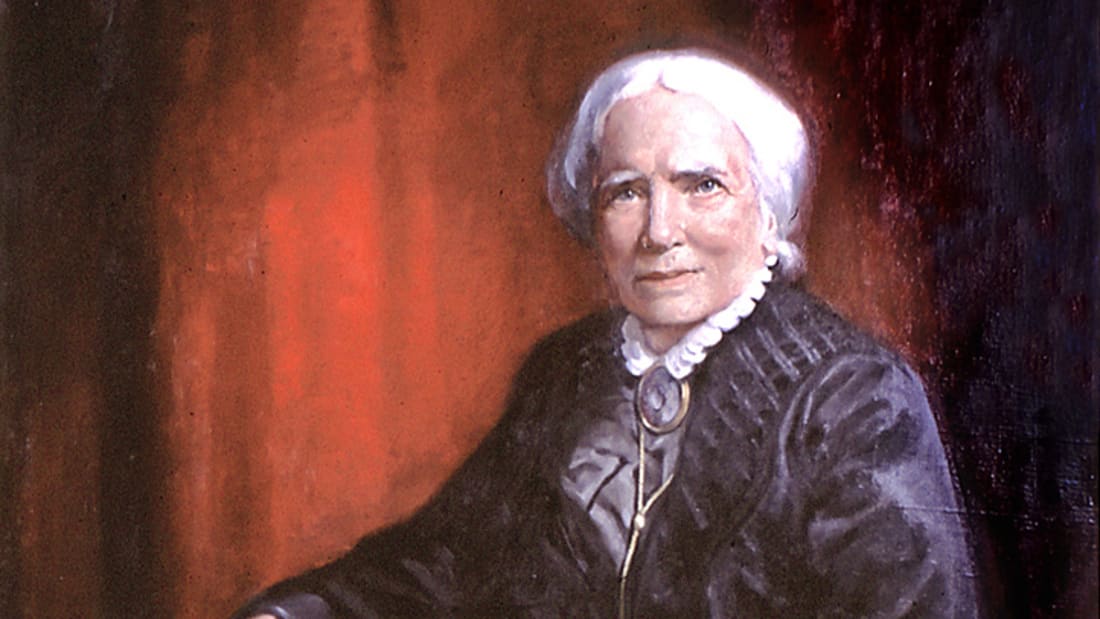 Across the U.S. and Europe, Dr. Elizabeth Blackwell broke down barriers in the field of medicine as the first woman to acquire a medical degree and be credited as a doctor of medicine. She successfully forged an independent medical career for herself against oppressive odds, and actively advocated for female representation in the industry.

Blackwell was born to a liberal, well-educated, and prosperous family in Bristol, England. An avid abolitionist, Blackwell’s father moved her family to the U.S when she was 11 years old to contribute to ending slavery. After her father’s death left her family in poverty, she and her sister started a private school and began teaching classes. Witnessing her close friend pass away from a distressing terminal illness, Blackwell became inspired to pursue medicine. That friend had confided that her suffering would have been far less if a female physician had handled her care.

Blackwell’s only option for medical education was to seek the tutelage of physician friends sympathetic to her cause. After a year of mentorship studies, Blackwell applied to schools of medicine across Philadelphia and New York, receiving rejection everywhere. Eventually, the Geneva Medical College accepted her application in a controversial decision that required the boys of her faculty to unanimously vote for her acceptance. While it was rumoured that the acceptance letter was a practical joke, Blackwell nevertheless began her formal education. Her presence inspired even the most unruly boys in her class to be more respectful, but she was still plauged by instances of discrimination, outrage, and ostracism.

Blackwell acquired her M.D. within two years, graduating first in her class, and sought work experience in London and Paris, where she was often relegated to midwifery. Eventually, she returned to New York and, upon being refused work in her full capacity, Blackwell opened her own clinic for the treatment of impoverished women. She subsequently opened the New York Infirmary for Women and Children in 1857 with her sister and colleague, hoping to provide roles for women physicians. In 1868, she opened a medical college in New York which prioritized education for female doctors.

In a field that often requires empathy and a soft touch, Blackwell used her steeliest nerves to forge paths for herself and other women. Her devotion to opening the doors for women in medicine has garnered her many honors, including being inducted into the National Women’s Hall of Fame and having many academic institutions name important landmarks after her.