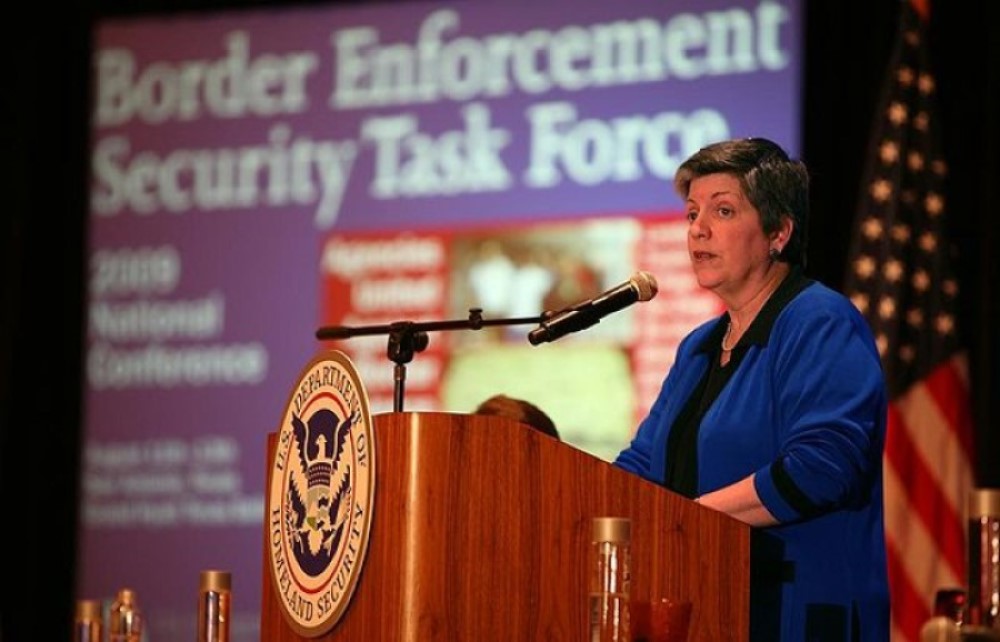 Lawyer, politician, and university president, Janet Napolitano’s career would be remarkable even without a string of glass ceiling-shattering firsts. Born in New York City, Napolitano headed out west to Albuquerque with her family after her father accepted a position as the dean of the University of New Mexico School of Medicine.

Napolitano eventually moved to California to study political science at Santa Clarita University, where she won a prestigious Truman Scholarship and graduated as valedictorian of her class—the first woman to ever do so. In 1991, Napolitano began her career in law, most notably with Anita Hill, serving as an attorney on a sexual harassment case where the defendant alleged abuse at the hands of U.S. Supreme Court Justice Clarence Thomas. Her stellar work on this case was noticed by President Bill Clinton, who appointed her United States Attorney for the District of Arizona in 1993.

Later, she became Arizona’s Attorney General made notable improvements in the state’s law enforcement. Her sights set even higher, Napolitano won the race for Governor of Arizona in 2002. During her time in that role, she focused primarily on education and literacy initiatives, as well as raising teachers’ salaries. Her efforts to improve the state won her the Woodrow Wilson Award for Public Service in 2006.

In 2009, Napolitano was selected as Director of Homeland Security, becoming the first woman to serve in that role. A proponent of immigration reform, she developed the Deferred Action for Childhood Arrivals program, or DACA, which expanded on the rights of immigrant children who were temporarily protected under the DREAM Act.

In 2013, Napolitano left the Department of Homeland Security to accept the position of President at the University of California. Once again, she was the first woman to hold this role. She was recently appointed to the RAND corporation’s Board of Trustees.