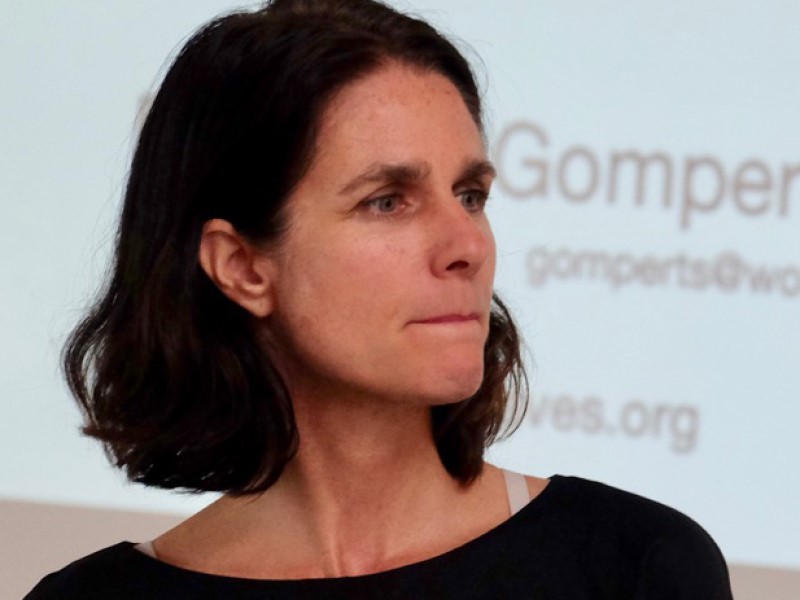 Straddling the borders of medicine, environmentalism, and art, Rebecca Gomperts seeks to start a conversation around reproductive rights in countries where women’s health issues are often overlooked. Born in Suriname to Dutch parents, Gomperts moved with her family back to the Netherlands when she was still a child. She followed an academic path both in the arts and in medicine, and upon deciding that conceptual art was not her true calling, she switched full-time to medicine.

While traveling with Greenpeace, she started feeling a stronger pull towards reproductive health. She began brainstorming about how to bring women’s healthcare, including abortions, to women who lived in places that prohibited medically terminating pregnancies. Her experience onboard Greenpeace’s The Rainbow II planted the seed of developing a clinic on a ship, where they could quickly and easily pass through international waters without their medical equipment being searched or seized.

With a grant from The Mondriaan Foundation, Gomperts and colleagues founded Women on Waves in 1999. The ship’s first stop was Ireland, where Catholic principles outlaw abortion even in medically dubious situations. In the 11 days her ship was docked in Dublin, over 200 women reached out for abortion services. After Ireland, they traveled to Portugal, Spain, Morocco, Poland, and then across the Atlantic to Guatemala.

However, it quickly became apparent that there was only so much one small ship could do. "In the end, our ship will never be a structural solution for the enormous number of women who need abortions," said Gomperts in a 2018 New York Times interview. To continue bringing awareness to the issues and stoking the conversation, Gomperts organized Women on Web. Through this platform, women could ask Gomperts and her medical staff questions about safe, at-home abortions via a pill in addition to myriad other questions surrounding women’s health. She received over 100,000 emails per month. The organization also uses drones to bring safe abortion medicine to women in locations where the government infringes on women’s rights.