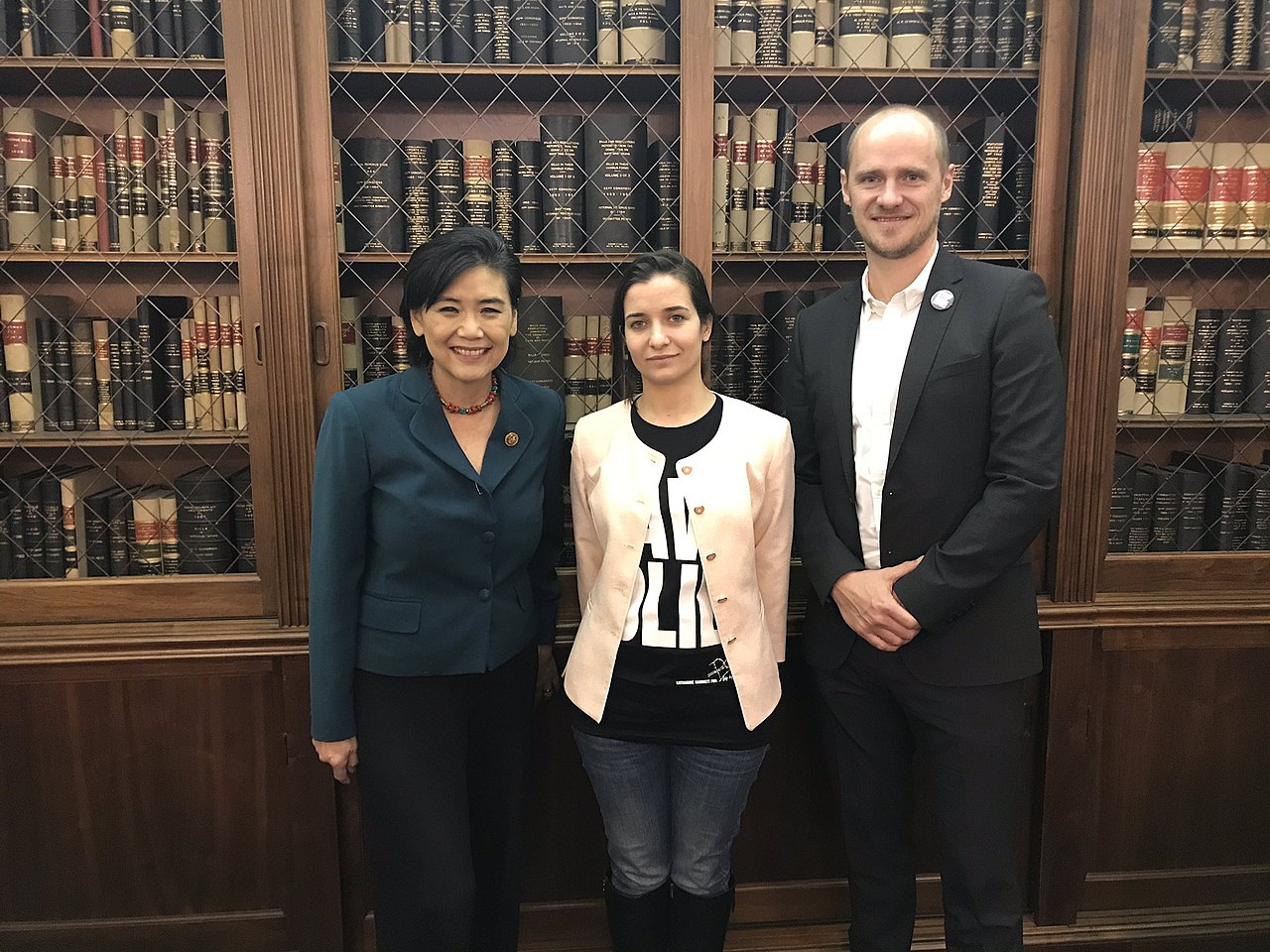 Explosions, tanks, and soldiers chasing each other through a labyrinth of shelled-out buildings are what usually flash across the screen in reports of war. The news focuses on city names, points on a map, and alliances formed through conflict, but rarely are everyday workers shown continuing to make their living as the landscape changes around them. Waad al-Kateab took umbrage at this disingenuous depiction of war, and revealed a new angle through her award-winning film, “For Sama.”

In that film, the Syrian war is shown from the point of view of a new mother living through five years of the uprising in Aleppo. As the Syrian war broke out in 2011, al-Kateab remained in Aleppo to report as a correspondent for the United Kingdom’s Channel 4 News. She also began documenting her daily life throughout the conflict, showing how war touches all aspects of daily life in Syria.

“For Sama” reveals not only her own story of moving from war correspondent to new wife to new mother, but shows the acts of daily heroism that surround her along the way. It’s common knowledge that soldiers put their lives in danger every day in war-torn regions like the Middle East, but al-Kateab’s film pays tribute to the unsung heroes as well, like the healthcare workers who bring children like her daughter, the eponymous Sama, into the world as bombs rattle hospital’s foundation. “Filming gave me purpose, and helped remove me from the situation,” said al-Kateab. “I felt sometimes like I wasn’t there. I thought ‘I won’t be killed, nothing bad will happen’—I was so focused on filming.”

Al-Kateab won an International Emmy for her work in 2020. The first Muslim refugee to obtain such an honor, al-Kateab (who changed her surname to protect her family) now lives in the U.K. with her husband and two children. Since then, she has developed the Action for Sama campaign to end the targeting of healthcare facilities in Syria. She continues to fight tirelessly to humanize the realities of war and appeal to the United Nations to take a more active approach to end Syrian suffering.