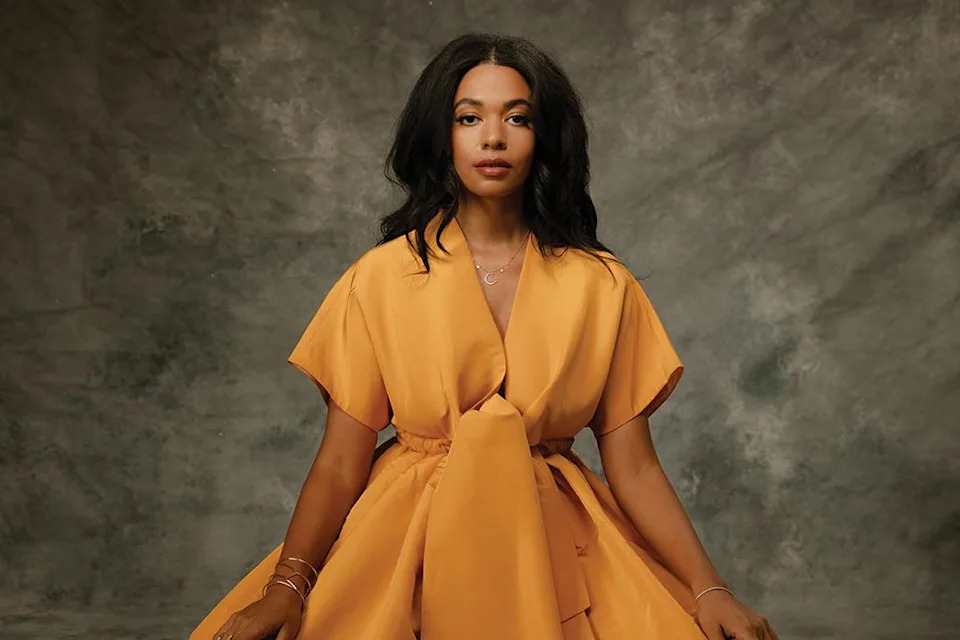 Aurora James grew up in Toronto with her Canadian mother and Ghanaian father. The family split their time between Canada and Jamaica, where James’s mind was opened to island life and the rich colors and vibrant history that informed much of her childhood. James also traveled to Africa and spent a few years in Los Angeles before settling down in New York to tend to her boutique-turned-burgeoning fashion empire.

James’s education in fashion came largely through her own observations. She credits her mother for being one of her biggest influences. No matter where they landed throughout James’ frenetic childhood, her mother’s wardrobe had a story to tell. “Everywhere my mother and I went,” she says, “anything she put on her body had a story. She would explain why clogs originated in Holland, and the types of wood they used to make them.” James fell in love with fashion’s ability to tell a story and subtly bring together far-flung cultures.

James’s recent headlines, however, have been far from subtle. She became a recognizable name outside the fashion industry when photos of her with Representative Alexandria Ocasio-Cortez hit social media. James designed AOC’s dress for the 2021 Met Gala: a long, white gown with the phrase “Tax the Rich” scrawled across the back in red paint. Aside from helping AOC create a media stir, James became the center of her own controversy when conservatives attacked her with accusations that she had hundreds of thousands of dollars of her own unpaid taxes to contend with.

Whether or not that is true, James continues to dress celebrities, activists, musicians, and socialites with her brand. Her apparel has been seen on Beyoncé, Nicki Minaj, Elaine Welteroth, and many others. In 2020, she launched The 15 Percent Pledge with an Instagram post that appealed to retailers to stock at least 15 percent of their shelves with merchandise from Black-owned businesses. Since then, she has created The 15 Percent Pledge Foundation, which she uses to advocate for Black-owned businesses and assist in building up generational wealth within Black communities.