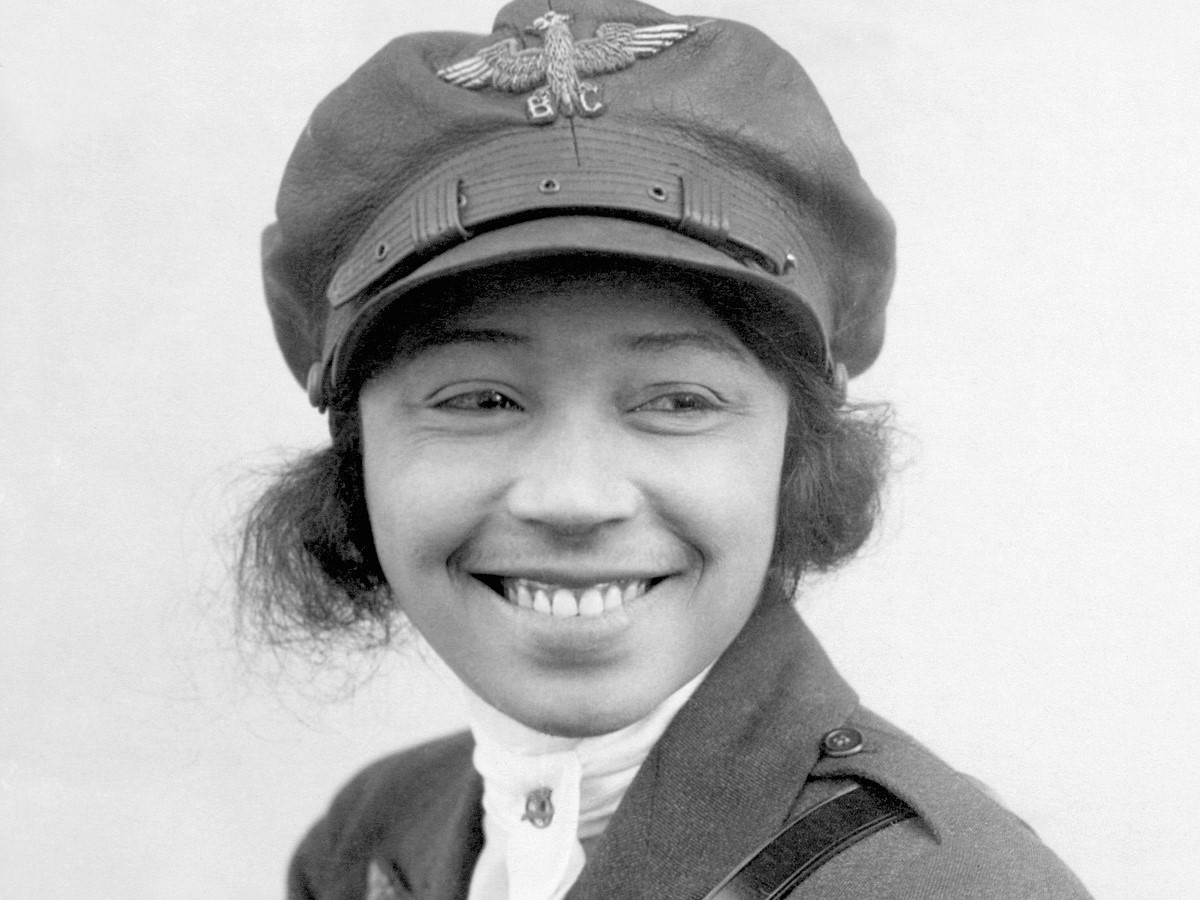 While America loved to celebrate her as the first African-American woman and first Native American woman to hold a pilot’s license, Bessie Coleman had to cross an ocean to even be allowed to learn how to fly. Born in 1892 to Texas sharecroppers, Coleman grew up picking cotton a few short miles away from Paris, Texas, where at least nine Black men were lynched during her lifetime. She grew up in a deeply segregated environment where Black people were not only barred from sharing train cars and buses with white people, but were also prevented from voting via literacy tests and poll taxes.

Undaunted, Coleman and two of her brothers left Texas for Chicago when she was 23 years old. It was there that she dreamed of flying for the first time, after hearing stories from pilots returning home from World War I. She decided she would become a pilot, even if it meant having to leave the United States to do so. She learned French at a Berlitz language academy in Chicago, then headed to Europe with the money she had saved herself as well as with a little help from her brothers and a couple Black entrepreneurs.

She entered flight school as the only person of color in her class, and after seven months she finally found herself in a cockpit. In 1921, she became the first Black woman to earn an International Pilot’s License. Later that year, she sailed back to America to pursue a career and blaze trails back home. An instant media sensation once back in the States, Coleman performed her thrilling stunts at airshows across the country, always making a point of turning down venues that did not allow Black patrons.

After years of success, Coleman met a tragic end during a test flight in 1926. Coleman was flying as a passenger, taking note of the terrain for a parachute stunt she planned on performing during her next show, when a wrench became dislodged and stuck in the aircraft’s engine, flipping the plane and forcing it into a dive. Coleman, who was not wearing a seatbelt, was thrown from the plane. She fell to the ground and died instantly upon impact.