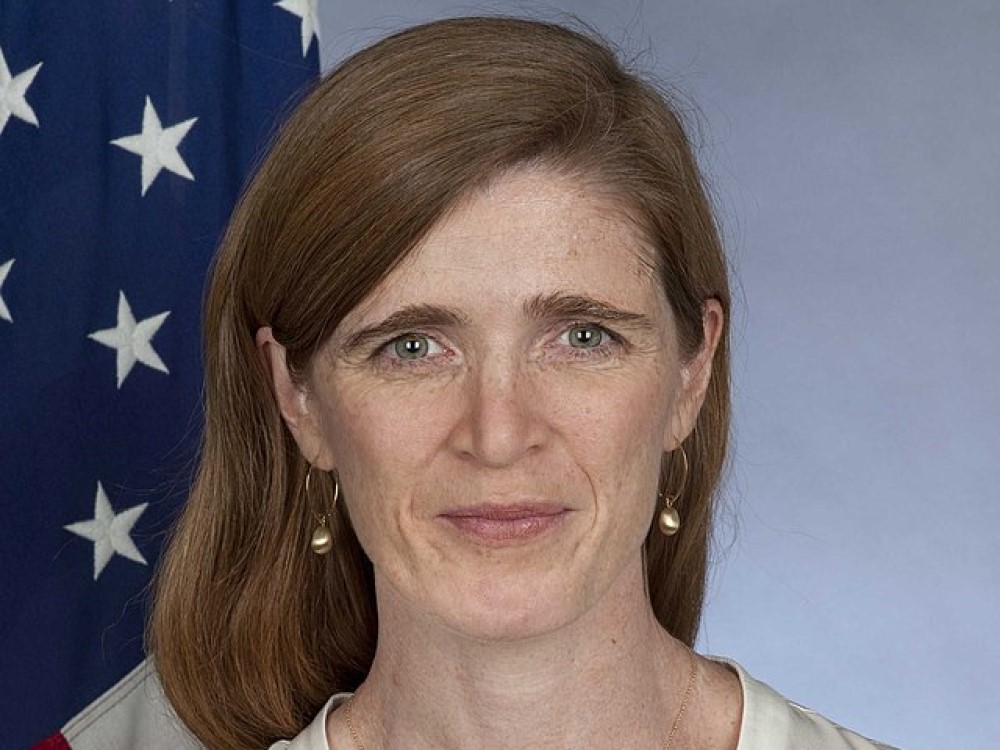 Samantha Power serves in the Biden-Harris Administration as the Administrator of the United States Agency for International Development (USAID). Sworn in on May 3, 2021, her role is to ensure that USAID strengthens its continual leadership in areas such as food security, education, women’s empowerment, and global health. She is also committed to climate change awareness, the resolution of conflict and humanitarian crises, and the distribution of foreign aid during the COVID-19 pandemic.

She was born in London and raised in Dublin, Ireland until 1979, when at the age of nine she and her mother emigrated to Pittsburgh, Pennsylvania. A member of the cross country and basketball teams in high school, she initially entered Yale University with the intention of becoming a sports journalist. However, after seeing unedited televised footage of the Tiananmen Square incident while interning at an Atlanta affiliate of CBS Sports, her plans changed.

After receiving her Bachelor of Arts from Yale, she worked as a war correspondent, covering the Yugoslav Wars for U.S. News & World Report, The Boston Globe, The Economist, and The New Republic. Upon returning to the U.S., she attended Harvard Law School and received her Juris Doctor.

Her first book, A Problem from Hell: America and the Age of Genocide, “establishes the doctrine of ‘responsibility to protect,’ which held that the United States and other wealthy countries had an obligation to defend threatened populations around the world,” Dexter Filkins said, writing in The New Yorker. Her book won the Pulitzer Prize for General Nonfiction and the J. Anthony Lukas Book Prize in 2003.

She also worked for then U.S. Senator Barack Obama as a Foreign Policy Fellow. In 2009, she was appointed to a position on the National Security Council, which was followed in 2013 by her appointment as U.S. Ambassador to the United Nations. As Ambassador, her office focused on reform, women's rights, LGBTQ rights, religious freedom and religious minorities, refugees, human trafficking, human rights, and democracy.

She returned to Harvard in 2017, teaching at Harvard Law School and the Harvard Kennedy School. Her memoir, The Education of an Idealist, was published in 2019.