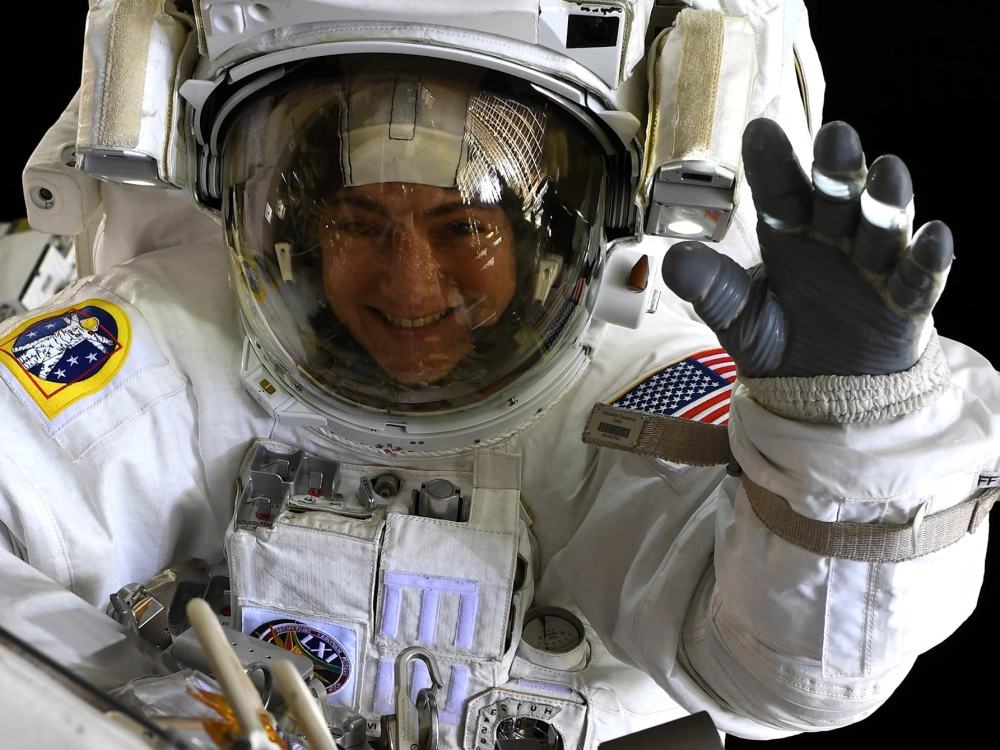 Before parachuting back to Earth on April 17, 2020 and landing in the middle of a pandemic, Jessica Meir spent 205 days in space and was one of two women to participate in the historic first all-female spacewalk. When asked to describe what it was like stepping out into space, she told The Harvard Gazette, “[i]t was absolutely incredible. There’s just something about floating all the time and looking back at the Earth and having that perspective that I cannot even put into words. It was even more extreme and overwhelming than I ever imagined.”

Meir was born in 1977 to a Christian mother and a Sephardic Jewish father. She identifies culturally as Jewish, and among the personal items she was allowed to carry to the International Space Station were an Israeli flag and a pair of novelty socks with Stars of David and menorahs.

She holds a Bachelor of Arts in Biology from Brown University, a Master of Science in Space Studies from the International Space University, and a Doctorate in Marine Biology from Scripps Institution of Oceanography.

From 2000 to 2003, she worked for Lockheed Martin Space Operations as an Experiment Support Scientist for the Human Research Facility at the NASA Johnson Space Center (JSC) in Houston, Texas. She also participated in research flights on NASA’s reduced gravity aircraft and served as an Aquanaut in an underwater habitat for NASA Extreme Environment Mission Operations (NEEMO) during this time.

She was chosen as one of eight astronaut candidates for training in NASA Astronaut Group 21 in 2013 and completed training in 2015. NASA announced in April 2019 that Meir had been assigned to the crew of International Space Station Expedition 61/62 as a Flight Engineer. Meir was scheduled for three spacewalks during this mission, including the all-female spacewalk operation to replace the faulty Battery Charging Discharging Unit, which lasted seven hours and 17 minutes.

Meir has been the recipient of multiple awards, including the NASA JSC Space and Life Sciences Directorate Special Professional Achievement Award and the President’s Lecture & Medal from The Physiological Society of the United Kingdom & Republic of Ireland.