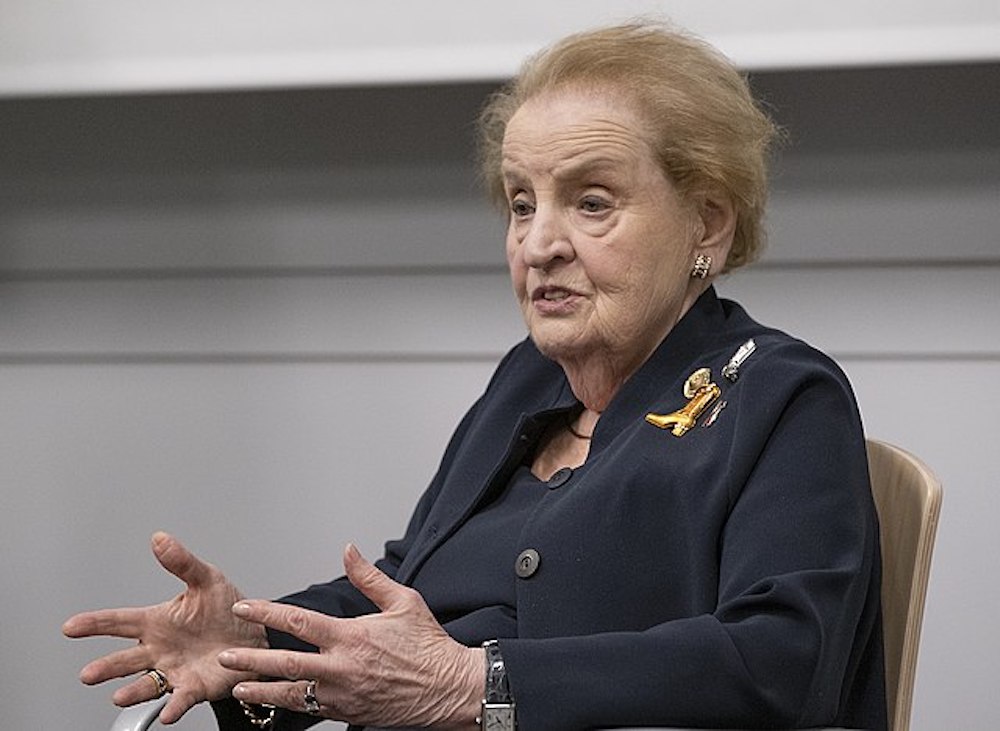 Madeleine Albright was the U.S. Ambassador to the United Nations and the country’s first female Secretary of State. She came to America as an 11-year-old refugee from what was then Czechoslovakia (now the Czech Republic) after the 1948 communist coup d'état. This was not her first experience as a refugee: her family had fled to England for a time after the Nazis occupied Czechoslovakia in 1939. Believing they had fled for political reasons, Albright did not find out until 1997, at age 59, that her family was Jewish and three of her grandparents had died in German concentration camps.

Albright gained U.S. citizenship in 1957. She graduated from Wellesley College in 1959 and earned her doctorate from Columbia University in 1975. She then headed to Washington, D.C., where she worked for Maine’s Senator Edmund S. Muskie and served on the National Security Council in President Jimmy Carter’s administration.

In the 1980s and early ‘90s, Albright worked for several nonprofit organizations and was a Professor of International Affairs at Georgetown University’s School of Foreign Service.

Albright's political career took off after the election of President Bill Clinton. In 1993, he named her ambassador to the United Nations, where she earned a reputation as a tough-minded, straight-talking advocate for American interests and proponent of an increased role for America in U.N. operations.

In 1997, Albright’s nomination for Secretary of State was unanimously confirmed by the Senate. Her tenure would see her as a commanding guardian of democracy and human rights. It was notable in particular for her push for the North Atlantic Treaty Organization (NATO) bombings in Yugoslavia to put an end to the ethnic cleansing of ethnic Albanians in Kosovo by Yugoslav and Serbian forces. The Kosovo Conflict would come to be known by many as Madeleine’s War.

Albright retired from government service in 2001 and founded the consulting firm The Albright Group. She served on the board of directors of the Council on Foreign Relations and authored several books, including her memoirs Madam Secretary, Prague Winter: A Personal Story of Remembrance and War, 1937–1948, and Hell and Other Destinations.