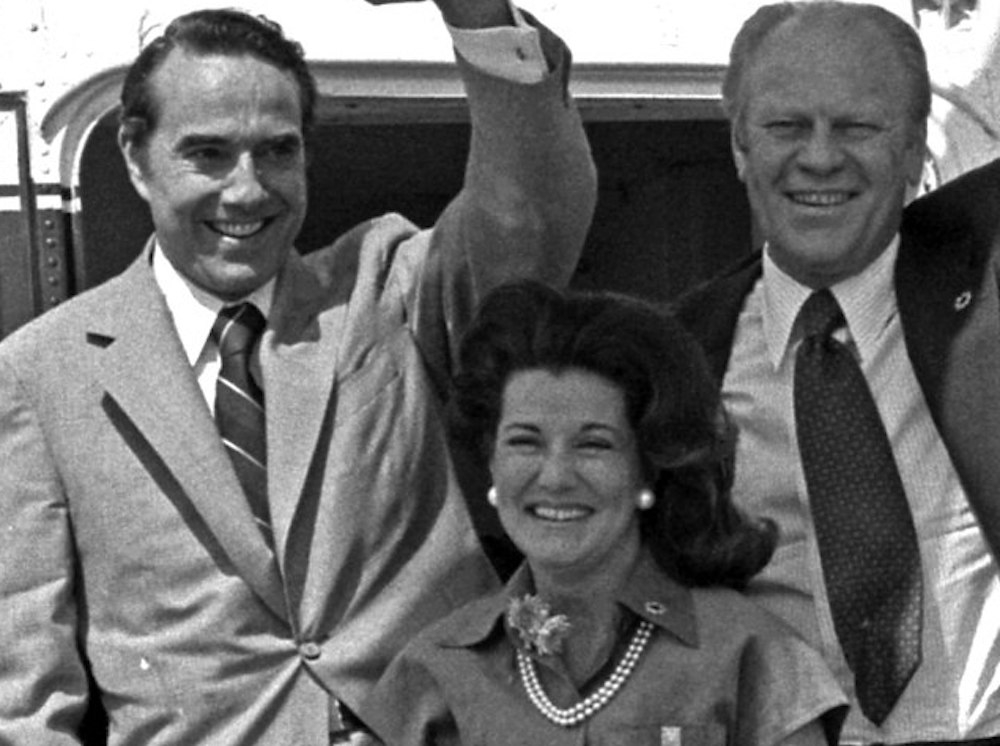 Elizabeth Dole is the first woman to serve as a United State Senator for North Carolina and the first female Republican presidential candidate.

Dole worked under six different presidents and her career included other notable firsts: the first female Secretary of Transportation and the first female executive of the American Red Cross since its founder, Clara Barton. Through her work as a lawyer, White House aide, and Cabinet Officer, she has become one of the most well-known figures in America’s political landscape. She identified as Democrat in her early years, then registered as an Independent, and after her marriage to Senator Bob Dole, became a Republican.

Dole was born Mary Elizabeth Alexander Hanford and had a privileged childhood, enjoying private ballet, piano, and horseback riding lessons. She graduated from Duke University with a degree in political science and then became a teacher in Massachusetts. While teaching, she earned her master's degree in education from Harvard University, followed by her doctorate from Harvard Law School.

Dole began her political career in 1967 as a Staff Assistant to the Secretary of Health, Education, and Welfare in the Lyndon B. Johnson administration. She then served as deputy assistant to President Nixon for consumer affairs from 1969 to 1973 and was appointed to a seven-year term on the Federal Trade Commission in 1973. As part of the FTC, she became known for her enforcement of the Equal Credit Opportunity Act of 1975. Her priorities were the poor, the handicapped, minorities, and women.

Under Ronald Reagan, Dole served as Director of the White House Office of Public Liaison and as United States Secretary of Transportation. Safety became her focus, and she supported adding a third brake light to cars and installing airbags to protect passengers.

Under George H. W. Bush, Dole served as United States Secretary of Labor. She negotiated a raise in the minimum wage and focused on workplace safety and health.

Dole also established the Elizabeth Dole Foundation, dedicated to helping caregivers of wounded soldiers. She has received the S. Roger Horchow Award for Greatest Public Service by a Private Citizen and authored Hearts Touched by Fire: My 500 Most Inspirational Quotations.