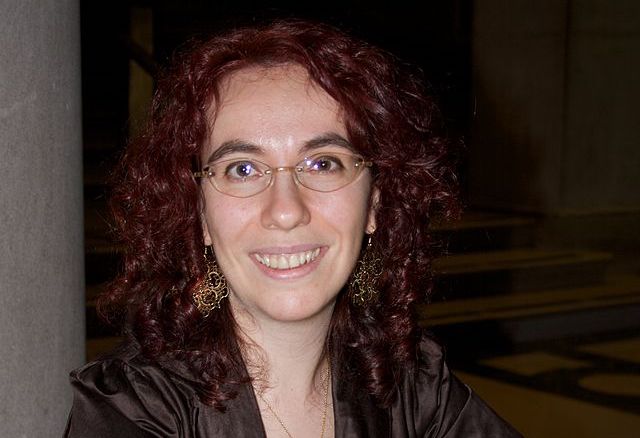 Renowned fantasy author and builder of worlds Naomi Novik fell in love with the speculative fiction genre when she read “The Lord of the Rings” at age six. After discovering an online community of Star Trek fans, she began writing fan fiction. What started as a hobby, which she continues to support and encourage, snowballed into a completed series, two standalone novels, more than a dozen published short stories, and a currently ongoing young adult trilogy.

She is known for the “Temeraire” series, comprised of nine alternate history fantasy novels about the Napoleonic Wars—but this time, with dragons; her standalone fantasy novels “Uprooted” and “Spinning Silver”; and the “Scholomance” trilogy.

Novik grew up in Roslyn Heights on Long Island as a second-generation American. Her father's family were Lithuanian Jews, and her mother's family were Polish Catholics. Aspects of her cultural upbringing appear in her standalone novels, with nods to Polish folklore and the Rumpelstiltskin fairy tale.

Novik earned her bachelor’s degree in English literature from Brown University and a master's in computer science at Columbia University. She participated in the design and development of the computer game “Neverwinter Nights: Shadow of Undrentide.” It was during this time that she discovered that she preferred writing to programming.

So she got down to writing and soon had the idea, "What could make the Napoleonic wars more exciting? Dragons!" she said to NPR.

And thus, Temeraire was born in her first novel, “His Majesty's Dragon,” published in 2006. The book earned immediate acclaim, winning the 2007 Compton Crook Award, the 2007 Locus Award for Best First Novel, and a nomination for the 2007 Hugo Award for Best Novel. Novik completed the nine-book series over the course of a decade, publishing the last installment, “League of Dragons,” in 2016. In 2017, the entire series was a finalist for the Hugo Award for Best Series.

Novik’s most recent work is part of the “Scholomance” trilogy, including “A Deadly Education” and “The Last Graduate.” The series focuses on a school of black magic from folklore with the main character fighting to survive to graduation while controlling her destructive abilities. The third book in the series, “The Golden Enclaves,” is scheduled for release on September 27, 2022.