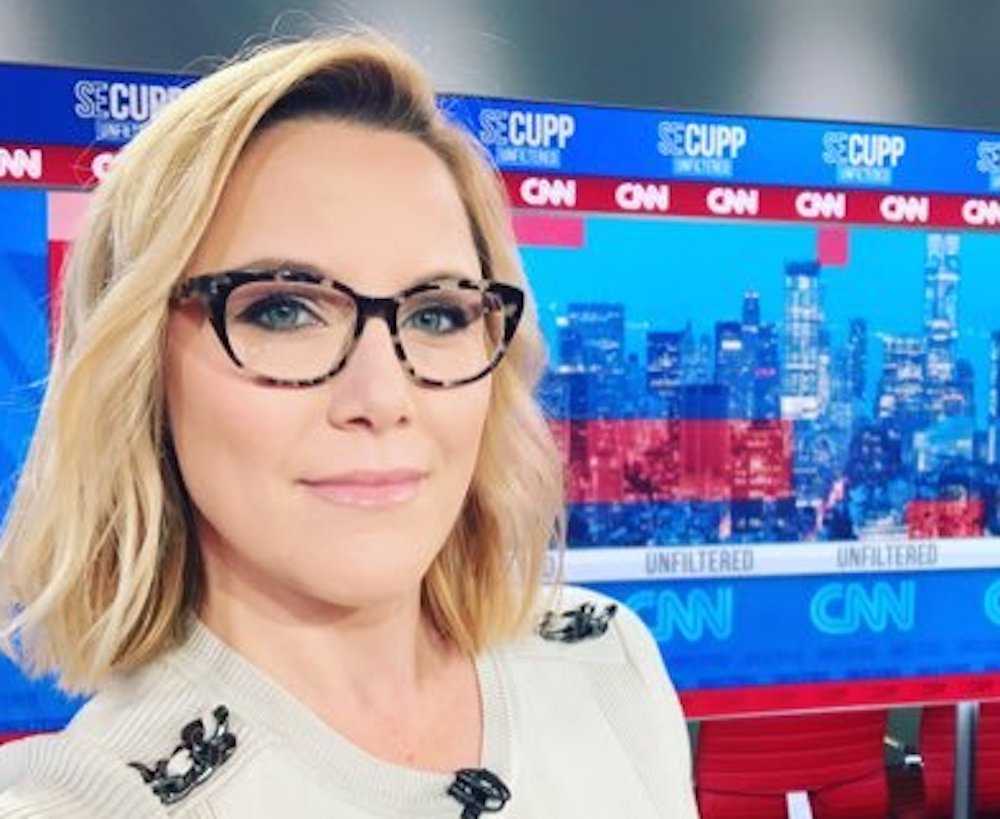 Sarah Elizabeth Cupp is an American television host, a CNN political commentator, and writer. She has hosted “S.E. Cupp: Unfiltered,” a political panel program, since 2017. In August 2018, the show moved from HLN, a CNN spinoff, to CNN as a weekly program on Saturday evenings.

A nationally syndicated political columnist, culture critic, author, and consultant, Cupp regularly writes for the New York Daily News, Glamour, The Washington Post, and CNN.com. She has published two books, “Losing Our Religion: The Liberal Media's Attack on Christianity,” and “Why You're Wrong About the Right: Behind the Myths,” co-authored by Brett Joshpe.

Cupp grew up in Andover, Massachusetts, and attended the Academy of Notre Dame. She pursued a degree in art history at Cornell University and, while there, worked for The Cornell Daily Sun. She then earned a Master of Arts from the Gallatin School of Individualized Study at New York University with a concentration in religious studies.

Prior to her work on HLN and CNN, Cupp was hired as a writer and commentator for Mercury Radio Arts. Shortly after, she hosted her own show, "S.E. Cupp: Outside with Insiders,” where she explored the great outdoors with political insiders.

Cupp, who identifies as a Log Cabin Republican and has been an atheist for more than twenty years, said that the Republican Party should support gay rights and gay marriage. She is a member of Young Conservatives for the Freedom to Marry.

“It’s pretty tough to intimidate me,” she said in an interview with The Hill. “And that’s probably at my own peril sometimes.”

In May 2022, Cupp wrote in support of upholding Roe v. Wade, stating that she is pro-life, but believes abortion should be legal. In July 2022, she spoke out against Republican men and the anti-women rhetoric that has become their norm, calling them “frat bros, the preternaturally immature man-boys” and “Neanderthals, brutes who often sound more like they belong in caves than Congress.”