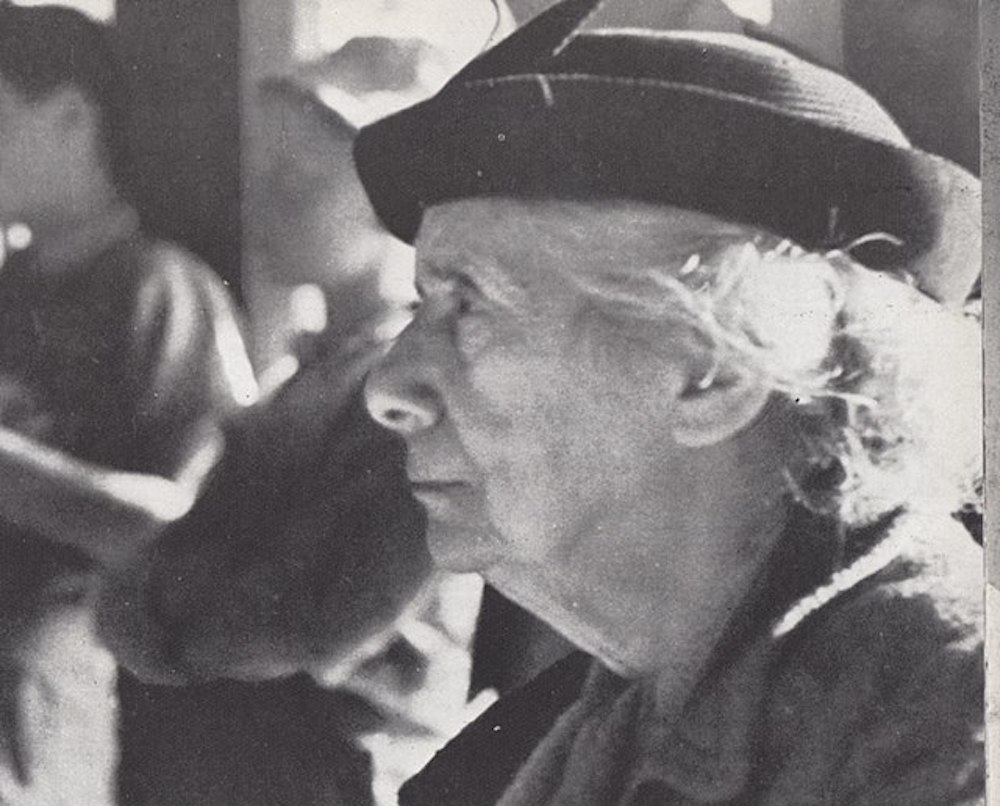 Henrietta Szold was an American Jewish Zionist leader and founder of Hadassah, the Women's Zionist Organization of America. Hadassah was her greatest accomplishment, and under her influence it became the largest and most powerful Zionist group in the United States, fundraising and setting up hospitals, food banks, nursing schools, and social work programs.

Henrietta Szold was born in Baltimore, Maryland in 1860 with leadership already in her blood. Her father was Benjamin Szold, who was the spiritual leader of Baltimore's Temple Oheb Shalom. Armed with only a high school diploma, Szold was hired right after graduating to teach at the Miss Adams’s English and French School for Girls and Judaism, the school of her father’s congregation. She possessed a vast amount of knowledge in Jewish studies and became a translator and editor for her father as well as editing Professor Marcus Jastrow's Talmudic Dictionary. She attended public lectures at The Johns Hopkins University and the Peabody Institute to further her own education.

In the 1880s, waves of Jewish immigrants were settling into Baltimore and Szold understood the need to help them become integrated into the economic and cultural life of America. In 1888, she established a night school in American history and customs. The educational experiment was so successful that several more classes were established to meet demand. That same year, Szold became editorial secretary of the Jewish Publication Society. She held the position for 23 years.

In 1896, just a month before the publication of Theodor Herzl’s “Der Judenstaat,” Szold delivered a speech depicting her philosophy of Zionism, which included the gathering of the exiled Jews in Palestine and the revival of Jewish culture. A trip to Palestine in 1909 solidified her commitment to Zionism. At 49 years old, she found her life’s mission: the health, education, and welfare of the Yishuv.

After returning to the United States, Szold became secretary of the Federation of American Zionists in 1910. She founded Hadassah in 1912 and served as its president until 1926. Szold immigrated to Palestine in 1933 and was director of the Youth Aliyah, an agency that rescued Jewish children from Nazi Europe.

Late in life, she founded Lemaan ha-Yeled, an institution dedicated to child welfare and research. It was renamed Mosad Szold (The Szold Foundation) after she died. Szold died in Jerusalem in the Hadassah-Hebrew University Hospital, an institution she had helped make possible.