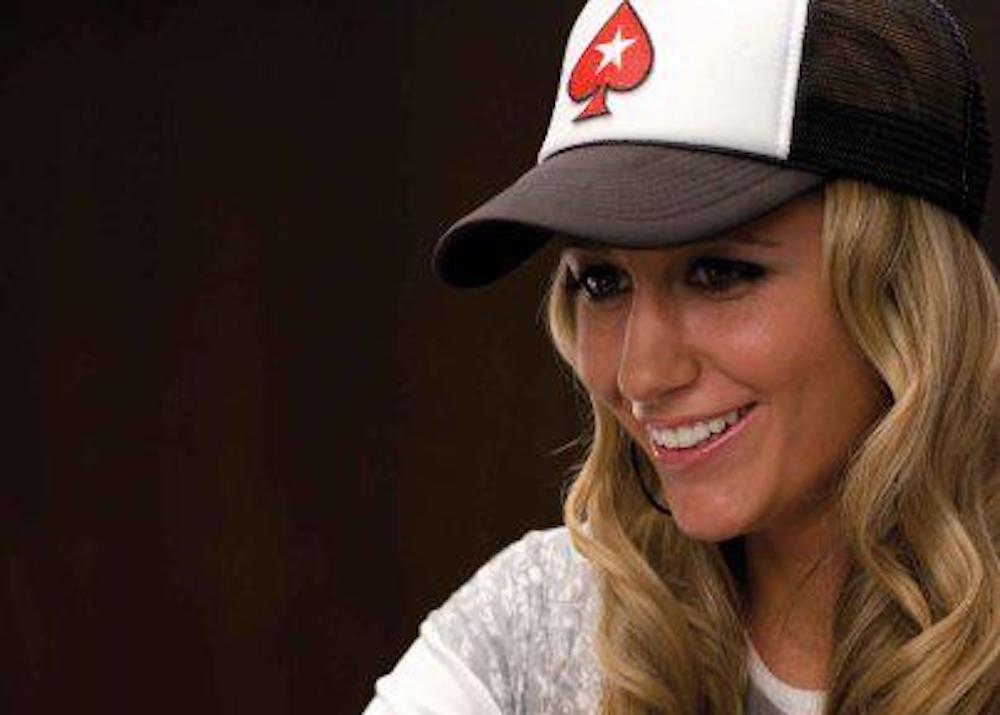 In the professional poker playing world, there is a beautiful blonde strategist that has racked up more than $3.5 million over the course of her career. Online, she is known as Lady Maverick, and she’s been sponsored by PokerStars, one of the best online poker rooms in the business. At the tables, she is Vanessa Rousso, and she’s placed in the money seventeen times at the World Series of Poker. She currently ranks 8th among all women poker players in history in terms of career money winnings.

Rousso was born in 1983 in White Plains, New York and moved with her family at the age of three to Paris, France, where her father grew up. She carries dual citizenship. After her parents divorced, she moved to Florida with her mother. She graduated from high school as valedictorian and was on the Dean’s List in college. She attended Duke University, graduating in two and a half years—the shortest duration ever in the history of the college. In 2004, she went on to the University of Miami School of Law, where she served on the editorial board of the University of Miami Law Review.

Rousso, who had been playing poker since she was five and stashed away money from winning online tournaments in high school, began serious poker tournament play during her summer break from law school. Realizing how easy it was to make money in these tournaments, she dropped out to pursue a professional poker playing career. She had been in the top 5% of her class.

The move worked out in her favor, and her achievements would include placing first at Palms No Limit Hold’em Summer Poker Series, second at the 2007 PokerStars World Championship, and second in the Ultimate Poker challenge No Limit Hold’em championship. She was also a regular on NBC’s “Poker After Dark.”