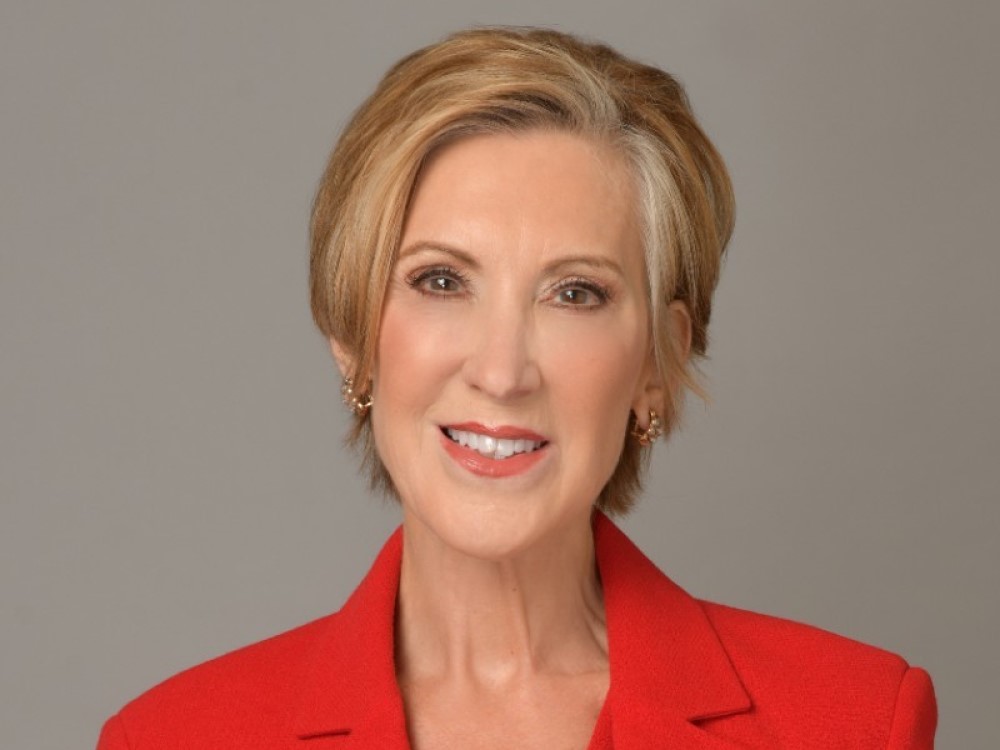 Cara Carleton “Carly” Fiorina entered the tech industry in 1980, selling telephones and performing secretarial duties, but by 1999 had become Chief Executive Officer of Hewlett-Packard (HP). During her time there, she oversaw what was then the largest technology sector merger in history.

"Carly Fiorina didn't just break the glass ceiling, she obliterated it, as the first woman to lead a Fortune 20 company,” Matthew Boyle of Fortune magazine said.

Fiorina received a Bachelor of Arts in Philosophy and Medieval History from Stanford University, a Master of Business Administration in Marketing from Robert H. Smith School of Business at the University of Maryland, College Park, and a Master of Science in Management from the MIT Sloan School of Management.

In 1980, she began working for AT&T, and a decade later became the company's first female officer as Senior Vice President. In 1995, she led corporate operations for Lucent Technologies, Inc., an AT&T spinoff, where she oversaw the $3 billion initial public offering, and then went on to become the President of Lucent Technologies’ Global Service-Provider Division.

Then, in 1999, HP named Fiorina CEO. A year later, she was appointed Chairman of the Board, and for the next five years, Fortune named her the Most Powerful Woman in America.

In a controversial move that saw resistance from board members and family members of both the Hewletts and Packards, Fiorina orchestrated a merger with Compaq Computer Corporation. HP was able to integrate Compaq's operations and emerge as the world's largest seller of personal computers, but the PC market saw a steep decline, and HP eventually wrote off $1.2 billion from the acquisition.

Fiorina was forced to resign from her position in 2005, and in her 2006 memoir Tough Choices, she referred to board members' behavior as "amateurish and immature.”

She entered politics in 2008 as an Economic Adviser to Senator John McCain during his presidential campaign. Her 2010 Senate bid and 2015 Presidential run both failed, and she announced in 2017 that she would not seek the Republican nomination for U.S. Senate. In 2020, she announced her support for Joe Biden.