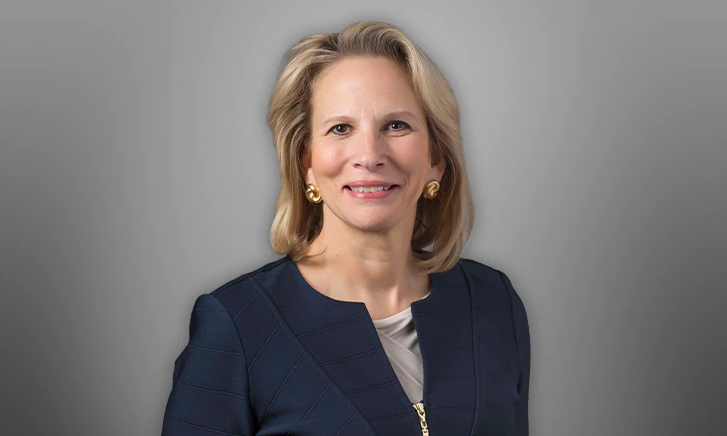 A rural Pennsylvania native, Michele Buck remembers making the hour-long drive to the Hershey factory with her family as a child to watch the iconic chocolate bars make their way down the conveyor belt. The Hershey factory has been open to the public since 1973, and the factory tour, complete with the free Hershey Kiss at the end, has been woven into the fabric of southeastern Pennsylvania family outings for decades.

Buck, who earned a bachelor’s degree at Shippensburg University of Pennsylvania, went on to obtain a master’s degree in business administration from the University of North Carolina at Chapel Hill in 1987. She held senior positions at the Frito-Lay division of PepsiCo and at Kraft/Nabisco, where she worked for 17 years.

Buck joined Hershey in 2005, and in recent years has been instrumental in steering the company towards an unlikely healthy side. Before becoming Chief Executive Officer in 2017, she spearheaded the company’s campaign to acquire Krave Beef Jerky in 2015, and Bark Thins, a health-conscious brand of chocolate, in 2016.

The company’s first female CEO, she also serves on its Board of Directors. Speaking of leading the company towards a more calorie-conscious leaning, Buch said, "We have a lot of good stuff here, but there was more we were capable of, and I think [my job when I took over] was stretching the organization to see that we could do things differently and capture even more opportunity."

Buck believed that the 126-year-old company would remain highly competitive only if they allowed themselves to shift with market trends, which meant becoming less of a one-trick pony and reaching into non-chocolate snacks. While chocolate is not likely to ever go out of style, Buck has helped expand the company’s portfolio outside the world of cocoa to build the company up into a snack powerhouse. Aside from coaxing Hershey into the 21st century, she is also well-known within the company for taking a hands-on human approach, leading with kindness. She has also been named several times on Forbes’ Most Powerful Women list.