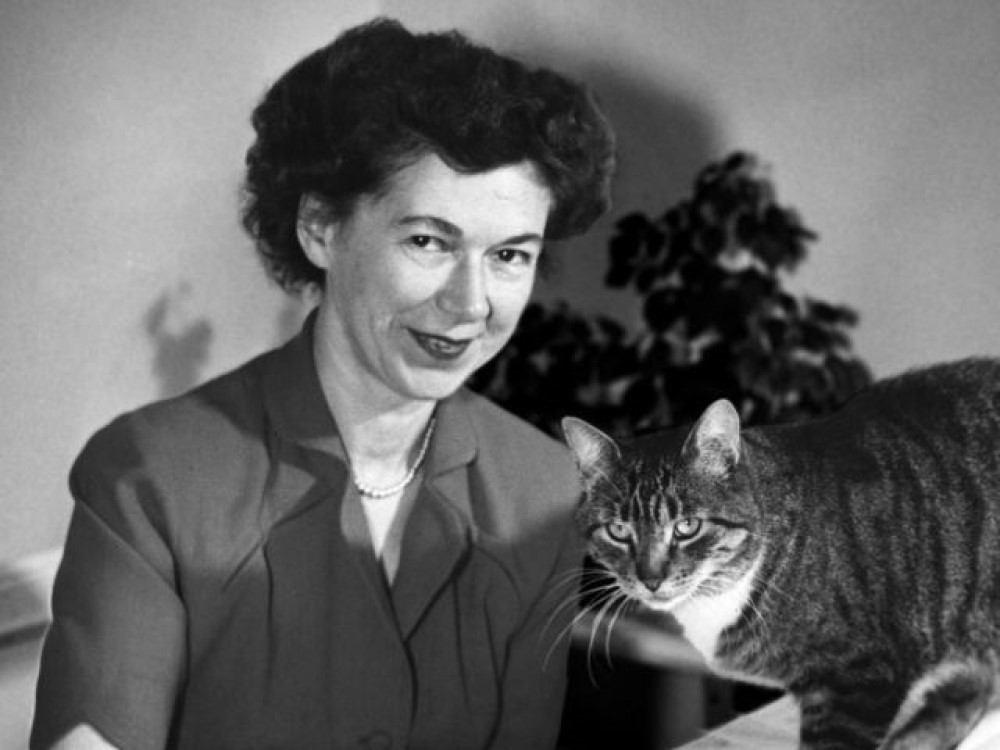 Beloved children’s author Beverly Cleary lived to the incredible age of 104, leaving behind a literary legacy that includes Ralph S. Mouse, a motorcycle riding rodent with the ability to speak to certain people; adventure-loving Henry Huggins and his dog, Ribsy; his kind and intelligent friend Beatrice “Beezus” Quimby; and, perhaps the most well-known, her tag-along pest of a little sister, Ramona. Cleary’s books portrayed the problems and events that school-aged children typically go through in a lively and humorous manner, with characters to whom young readers could relate.

Cleary was born in 1916 in rural Oregon. She moved to Portland with her family in first grade, where she struggled as a student. By the time she reached sixth grade, however, she was improving and already interested in writing.

“We were assigned to write an essay about a favorite book character, and I wrote an essay that included a number of favorite characters, and the teacher said that when I grew up I should write children’s books. So I put that in the back of my mind,” she told the Los Angeles Times in 2011.

After graduating from the University of Washington, Cleary served as a Children's Librarian and the Post Librarian at the U.S. Army Hospital on Camp John T. Knight in Oakland, California before becoming a full-time writer for children.

Cleary’s work has been praised for its realistic portrayal of the everyday life, friendships, and familial relationships of middle-class children. She treated each situation with a gentle grace while still having a sense of humor. She wrote stories for more than fifty years, and her genre-changing books have sold more than 91 million copies and been translated into more than 25 languages.

Cleary and her books have been the recipient of a slew of honors and awards. She won the Laura Ingalls Wilder Award from the American Library Association and the National Medal of Arts, and was named a Library of Congress Living Legend. Dear Mr. Henshaw won the Newbery Medal, and Ramona and Her Mother won a National Book Award. Buildings, schools, and holidays have also been named in her honor.