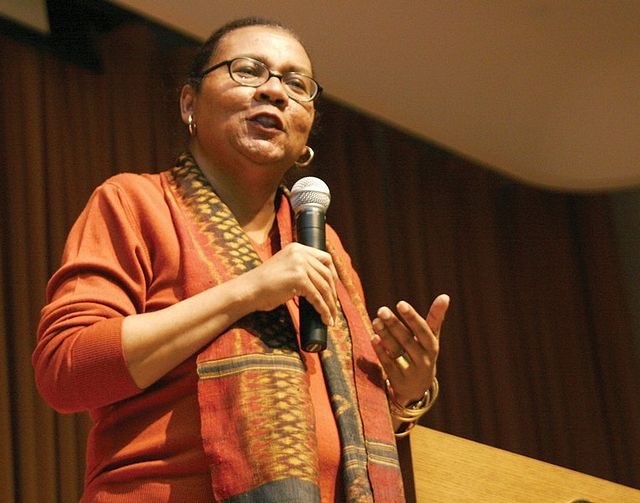 Gloria Jean Watkins, better known by her deliberately lowercase pen name “bell hooks,” was a groundbreaking author and intersectional feminist who deeply explored the connections between gender, race, sexual identity, and class. She wrote an estimated 40 books, with her most widely known being “Ain’t I a Woman? Black Women and Feminism.” The 1981 publication completely changed the way Black women were perceived and still remains relevant today.

In the beginning of her academic career, Watkins was an English professor and senior lecturer in ethnic studies at the University of Southern California. She released her first book of poetry, “And There We Wept,” in 1978 under the pen name bell hooks. She opted to use her maternal great-grandmother’s name as a way to honor her and intentionally kept it lowercase in order for the focus to be on her work.

hooks taught African and Afro-American studies at Yale University during the 1980s and released “Feminist Theory from Margin to Center” and “Talking Back: Thinking Feminist, Thinking Black.” From 1988 to 1994, she served as Associate Professor of American Literature and Women's Studies at Oberlin College. In 1994, she became a Distinguished Professor of English at City College of New York.

Other works released during the 1980s and 1990s while she was teaching include “Black Looks: Race and Representation,” “Killing Rage: Ending Racism,” “Reel to Real: Race, Sex, and Class at the Movies,” and “Remembered Rapture: The Writer at Work.”

hooks joined Berea College as Distinguished Professor in Residence in 2004 and The bell hooks Institute was founded at the college in 2014. Notable works that were published in the 2000s include “Where We Stand: Class Matters,” “Communion: The Female Search for Love,” and “We Real Cool: Black Men and Masculinity.”

hooks also had several autobiographical works published, including “Bone Black: Memories of Girlhood” and “Wounds of Passion: A Writing Life.” She died from kidney failure at the age of 69 on December 15, 2021.